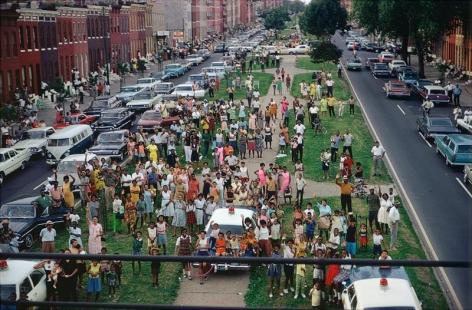 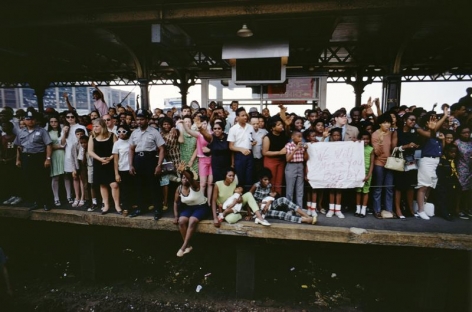 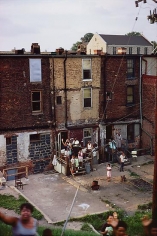 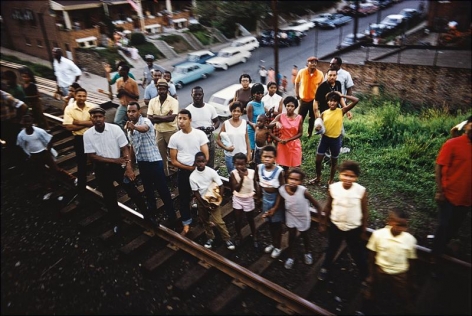 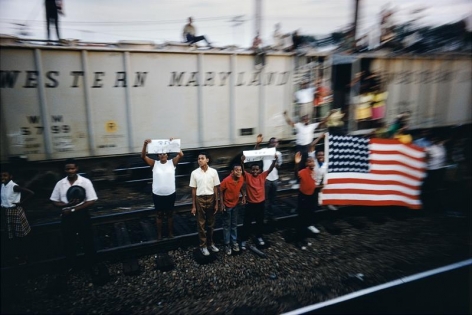 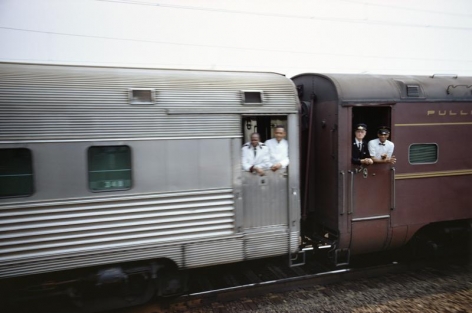 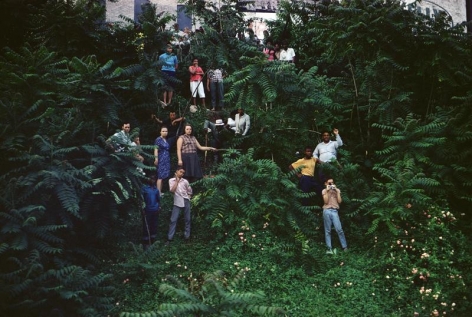 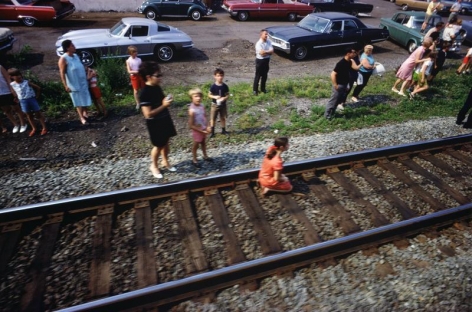 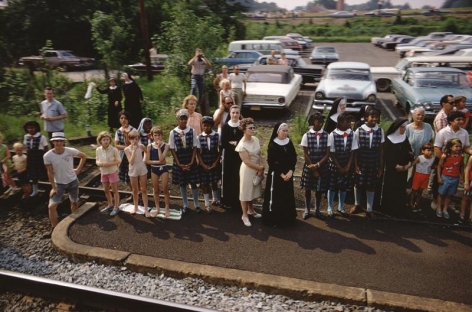 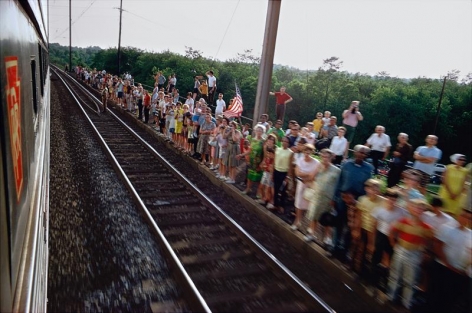 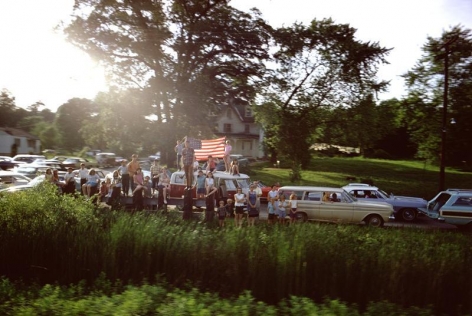 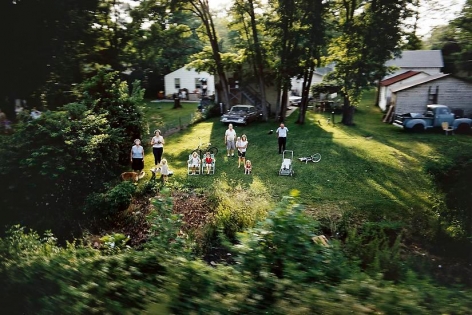 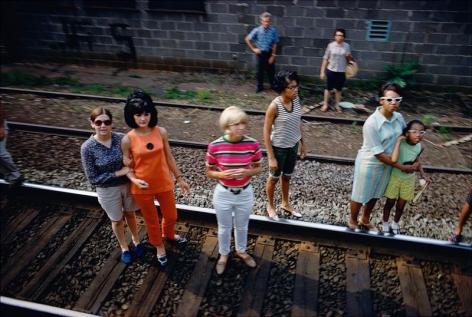 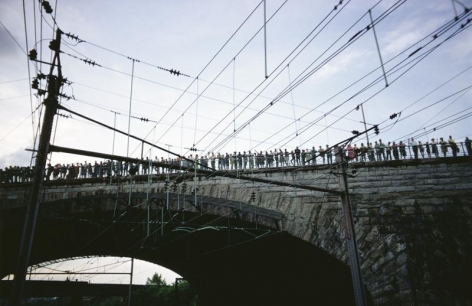 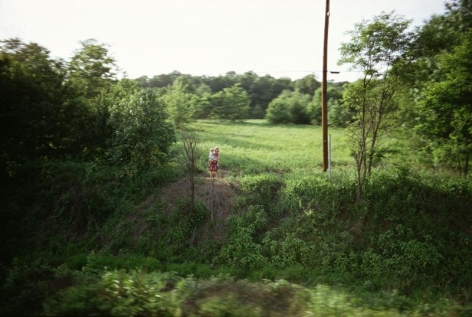 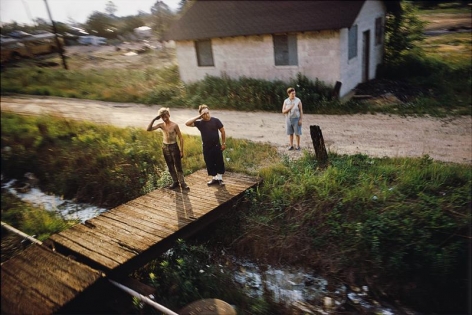 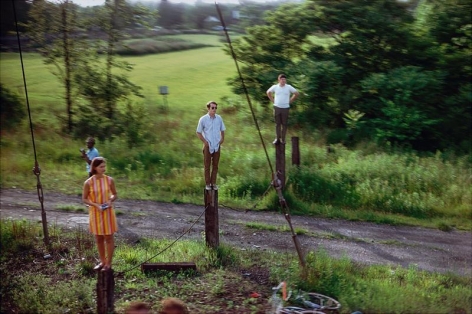 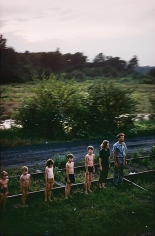 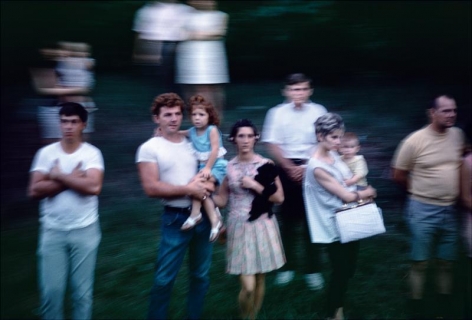 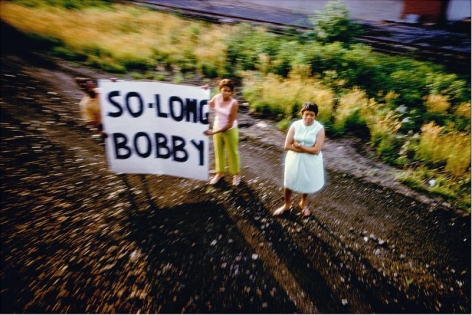 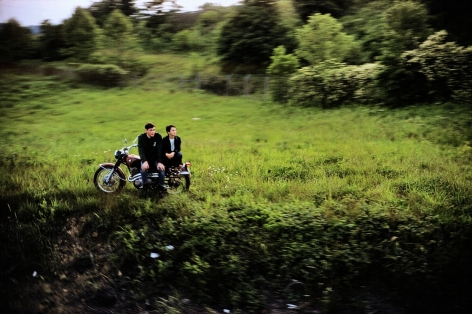 On the 50th anniversary of the train ride that took Robert Kennedy’s body from New York to Washington where he was to buried alongside his brother, Danziger Gallery is honored to reprise our showing of Paul Fusco’s photographs of the people who lined the rails to pay their final respects to RFK.  In the years since they were taken these photographs have become a beloved, influential, and seminal series in photography.  And while in some ways they represent the end of the hopes and dreams of the sixties, at the same time they celebrate the idealism and diversity of America.

In the middle of 1968, two events shook the nation - the assassination of Martin Luther King on April 4th and the assassination of Robert Kennedy on June 5th.  Hastily arranged, Robert Kennedy’s funeral train took place on June 8th – a swelteringly hot early summer day. Paul Fusco, then a staff for LOOK Magazine, was given a place with other journalists on the train. As the train made its progress down the eastern seaboard, hundreds of thousands of mourners came out to line the railway tracks and pay their final respects to Bobby Kennedy and all he stood for.  From inside the train, Fusco began to take pictures of the mourners – people from every section of society – black, white, rich, poor, in large groups and on their own.  For the eight hours it took for the train to make the usually four-hour journey Fusco never put down his camera except to reload film shooting approximately 2,000 pictures.

The resulting images are one of the most powerful and affecting series of photographs ever taken. Shot on Kodachrome film – a film with a particularly vibrant palette favored at the time by photojournalists – Fusco's pictures blend the spontaneous look of snapshots with artistic precision of the decisive moment. If there was ever an example of a photographer being “in the zone” Fusco’s beautifully composed frames are like Zen arrows each hitting their target.  Each photograph carries its own weight and tells its own story, but cumulatively the series is an epic vision of America.

Because LOOK Magazine's bi-weekly schedule caused it to come out a week after its rival LIFE, the magazine chose to print a retrospective album of pictures of RFK rather than pictures of the funeral, and so Fusco's RFK Funeral Train photographs were relegated to the picture files. Three years later, LOOK magazine folded and donated the approximately five million pictures in their archive to the Library of Congress.  Fusco managed to hold on to just over a hundred of his pictures.

The photographs would have remained an editorial footnote, were it not for the efforts of Natasha Lunn, a young photo editor at Magnum, who was shown the work in 1998 and passed them on to GEORGE magazine who published the pictures to coincide with the 30th anniversary of the RFK's death. The rediscovery had begun.

The pictures were subsequently exhibited at The Photographers' Gallery in London in November 1999, and a limited edition of 300 books were published to showcase Xerox's print on demand technology. A year later the book was reprinted as a hardcover with a print run of 2000 which quickly sold out.

As director of Magnum New York in 2003 - 2004, getting to know Paul was one of the many privileges of the position. Housing the work of legendary photographers like Robert Capa and Henri Cartier-Bresson, the depth and quality of the Magnum archive is legendary. Yet nothing affected me more than Fusco's RFK Funeral Train pictures.

When I left Magnum, I was determined to find a fresh way to show the work and a year later, I began the process of looking at all the pictures taken on that day that Paul had in his possession. While the original book edit of 53 pictures was indeed a strong one, there were equally great unseen images and I proposed doing a show that mixed the greatest published and unpublished photographs into one key set.

With the original books out of print, I convinced Aperture that they should publish a new expanded edition and as it was nearing finalization we located the over 1,800 pictures LOOK had donated to the Library of Congress. This group yielded even more treasures and our master set of 20 pictures ultimately consisted of 7 pictures from the original book, and 13 re-discovered pictures from the Library of Congress.   We have subsequently added another 6 pictures as optional additions to the set.

After experimenting with many different papers and processes, we selected Cibachrome for the brilliance of its color and its proven longevity. The prints were made by Esteban Mauchi at Laumont Labs in New York, who worked brilliantly and dedicatedly for the two years it took to finalize the set.  Published in an edition of 10 complete sets of 20 images and 10 individual prints, the work is now in the collections of SF MoMA,  The Metropolitan Museum of Art, The MFA Boston, The High Museum, The Addison Museum, The Norton Museum, and countless other important collections.

Paul Fusco was born in Leominster, Massachusetts in 1930. He received his B.F.A. in photojournalism from Ohio University and went directly to work for Look magazine as a staff photographer and traveled extensively in South East Asia, Mexico, India, Europe and Russia. In 1974 he joined Magnum Photos. His work has appeared in publications such as LIFE, Time, Newsweek, The Sunday Times and Paris Match. He has exhibited at the Metropolitan Museum of Art, New York; San Francisco Museum of Modern Art; and the Corcoran Gallery, Washington, D.C..

Concurrent with our show, SF MoMA have mounted an exhibition that brackets Fusco’s RFK Funeral Train photographs with video work by Philippe Parreno re-creating the experience of the train and an archival project by Rein Terpstra which tracked down pictures of the train taken by the people who lined the rails. 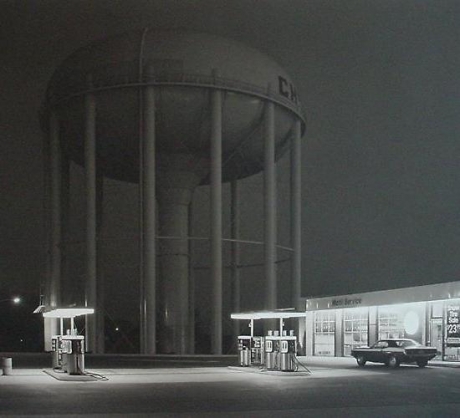 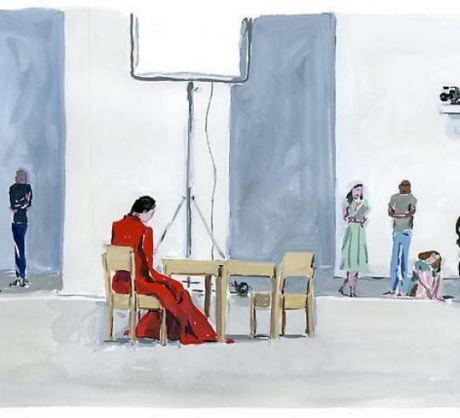 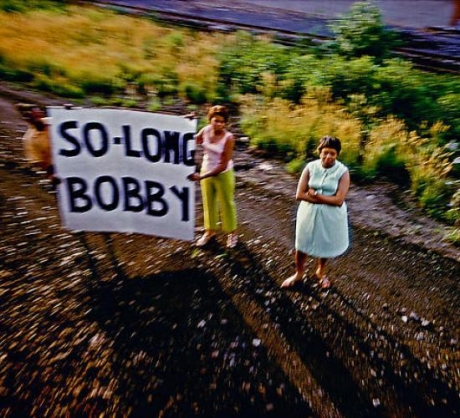