Houses on the Edge of the Snake River Lava Plain, Jerome, ID; 2009

Michael Light was born in 1963.  The pre-eminent aerial photographer of his generation, he is the recipient of a Guggenheim Fellowship for photography and his work is in the collections of major museums from SF MoMA to the Victoria and Albert.   Prior to taking up aerial photography, Light conceived of and put together the book Full Moon  - the first look at NASA photography as fine art - and a project which was published in multiple editions selling several hundred thousand copies around the world.  In a way Full Moon had a bearing on Light's subsequent aerial work, as he continues to see and explore the terrestrial world much as the astronauts saw the moon.

For the last 15 years Light has been flying his own small aircraft primarily over the American West investigating  how both man and nature make their mark on the landscape.  To date Light has completed 18 separate Western projects - each of which comprises an oversize handmade artist's book as well as more traditional prints. Largely documenting the impact of man and industry on the land (but not immune to the sublime) Light's subjects range from Utah's gold and copper mines and the (over)development of places like Sun City, AZ and Lake Las Vegas, NV to contrasting Arizona's Meteor Crater - the largest meteoric impact site in the Americas - with James Turrell's Roden Crater.  Other projects cover sacred Hopi dwellings;  the Great Basin and Mojave deserts; and Los Angeles by day and night. 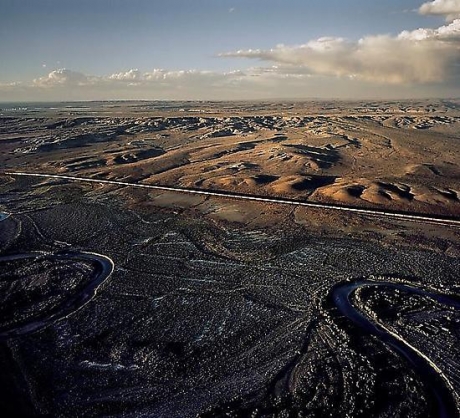