Since 1995, Dutch photographer Hendrik Kerstens has been photographing his daughter, Paula. His photographs have been collected by museums around the world and have inspired taste-makers as diverse as Elton John and Alexander McQueen. (McQueen, in fact based his Fall 2009 collection on Kerstens' image of Paula with a plastic bag as a head-dress, using the image as his invitation for the show.)

Initially Kerstens' photographs were created out of the artist's desire to capture something of the fleeting moments that fade of childhood. The pictures recorded everyday events – his daughter's sunburn, the child's bath. However, one day there was a moment of revelation when Kerstens not only saw her in relation to the events of her own life, but also projected on her his interest in the Dutch painters of the seventeenth century.  As Kerstens recalls, "One day Paula came back from horseback riding. She took off her cap and I was struck by the image of her hair held together by a hair-net. It reminded me of the portraits by the Dutch masters and I portrayed her in that fashion. After that I started to do more portraits in which I refer to the paintings of that era. The thing that fascinates me in particular is the way a seventeenth-century painting is seen as a surface which can be read as a description of everyday life as opposed to the paintings of the Italian renaissance, which usually tell a story. Northern European painting relies much more on craftsmanship and the perfect rendition of the subject. The use of light is instrumental in this."

A number of the portraits of Paula are clearly reminiscent of Johannes Vermeer. The austerity of the photograph, its clarity, the serene expression on the young girl's face, and not least, the characteristic "Dutch" light, all combine to create this impression.  However, Kerstens was not just imitating painting. As the series progressed, he became increasingly interested in the game of creating a conceptual and humorous dialog between past and present. The titles give the game away. "Napkin" looks like a maid's bonnet. In "Bag", a plastic grocery bag is shaped to look like a lace hood. In other pictures no pretense is made to imitate 17th century clothing but Paula's face and Kerstens' light turn a thoroughly modern hoodie into a classic and timeless garment.

Conceptually, Kerstens' photographs play with the dialog between the mediums of painting and photography, with seriality, and time. On a more emotional level, they address everyday reality while expressing his love for his child, and the knowledge and development of his craft. 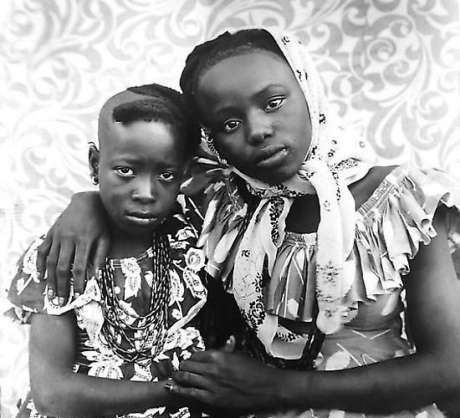 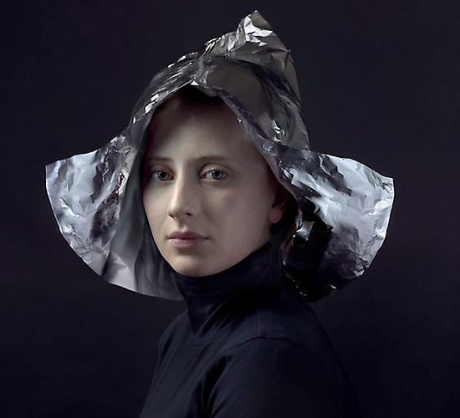